Zebrafish have become an increasingly common model organism used in biomedical research to address human health issues.  Research performed in zebrafish may advance methods that can be applied to improve aquaculture.  In fact, a string of recent research aimed at better understanding obesity and diabetes is now being applied to improve selection for growth and feed conversion in commercial aquaculture species, including tilapia, oysters, and shrimp.

While working at Vanderbilt University Medical Center, Dr. Benjamin Renquist was focused on identifying the genetic causes of obesity and developing drugs to combat the obesity epidemic.  Because obesity is associated with decreased energy expenditure, Dr. Renquist focused on developing a high-throughput energy expenditure assay in fish that could be used to identify genes or drugs that could be manipulated to prevent obesity.  The assay he developed can be simultaneously applied to thousands of embryonic fish.  Research describing the application of this assay has been published in Zebrafish, and the in the video available on Dr. Renquit’s website. 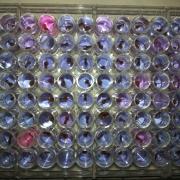 Figure 1 Representative plate showing the application of the AlamarBlue based assay in tilapia embryos.

Metabolic rate of fish is directly tied to growth. The Renquist lab has begun to assess the application of this assay in embryonic fish to predict the genetic potential for growth.  This assay relies on the use of the non-toxic AlamarBlue, an indicator dye that changes color from blue to pink as it interacts with an intermediate of metabolism that is directly related to metabolic rate (Figure 1).  Thus the results are visually evident.  Individuals with a high metabolic rate induce a greater color change from blue to pink than individuals with a low metabolic rate.   The Renquist lab has conducted initial growth trials in tilapia, which suggest that fish with a high metabolic rate may grow up to 30% faster than those with a low metabolic rate.  Further studies in tilapia are focused on the relationship between metabolic rate and feed conversion ratio.

The Renquist lab is also conducting additional studies to extend application to mollusks (oysters) and crustaceans (shrimp).  In fact, preliminary studies in the oyster, conducted in collaboration with Dr. Christopher Langdon, have been the basis of 3 findings.  First, inbred lines have a higher metabolic rate than outcrossed lines.  Given that inbred lines are known to grow more poorly, this suggests that metabolic rate may be inversely correlated by growth in oysters.  Second, the salt concentration in the water significantly alters metabolic rate.  In fact, as salt concentrations vary from 10-45 parts per thousand metabolic rates increase.  Finally, typical breeding schemes in oysters rely on family crosses.  The Renquist lab has shown that metabolic 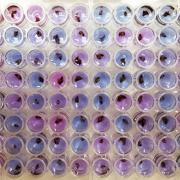 Figure 2. Representative 96-well plate showing the variation in signal that is generated by oyster spat derived from a single cross.

rate variation within a family is as large as variation between families (Figure 2).  Thus, selection of individuals, rather than families may allow for more rapid improvements in oyster genetics.

Considering this test can be applied in thousands of individuals in one day, it can easily be scaled up for commercial aquaculture applications. Dr. Renquist envisions that this test will be applied to select genetically superior brood stock.

This project was supported by Agriculture and Food Research Initiative Competitive Grant no. 2015-70007-24236 from the USDA National Institute of Food and Agriculture and by the Western Regional Aquaculture Center.

More information including a video that describes the assay can be found on Dr. Renquist’s website.  https://acbs.cals.arizona.edu/people/benjamin-renquist